It is important to note that all vessels are prohibited from entering or departing from Rothesay Harbour when 3 red lights are shown.

The above NTM has been in place since 2015 and, of late, there has been a growing tendency for users of the harbour to ignore the traffic light system.

Argyll and Bute Council’s Designated Person and Harbour Board have raised concerns over the potential safety-related consequences of ignoring the above traffic light system. As such, any mariner found to be contravening the above rules will be denied future access to the harbour.

NOTICE to Mariners below: 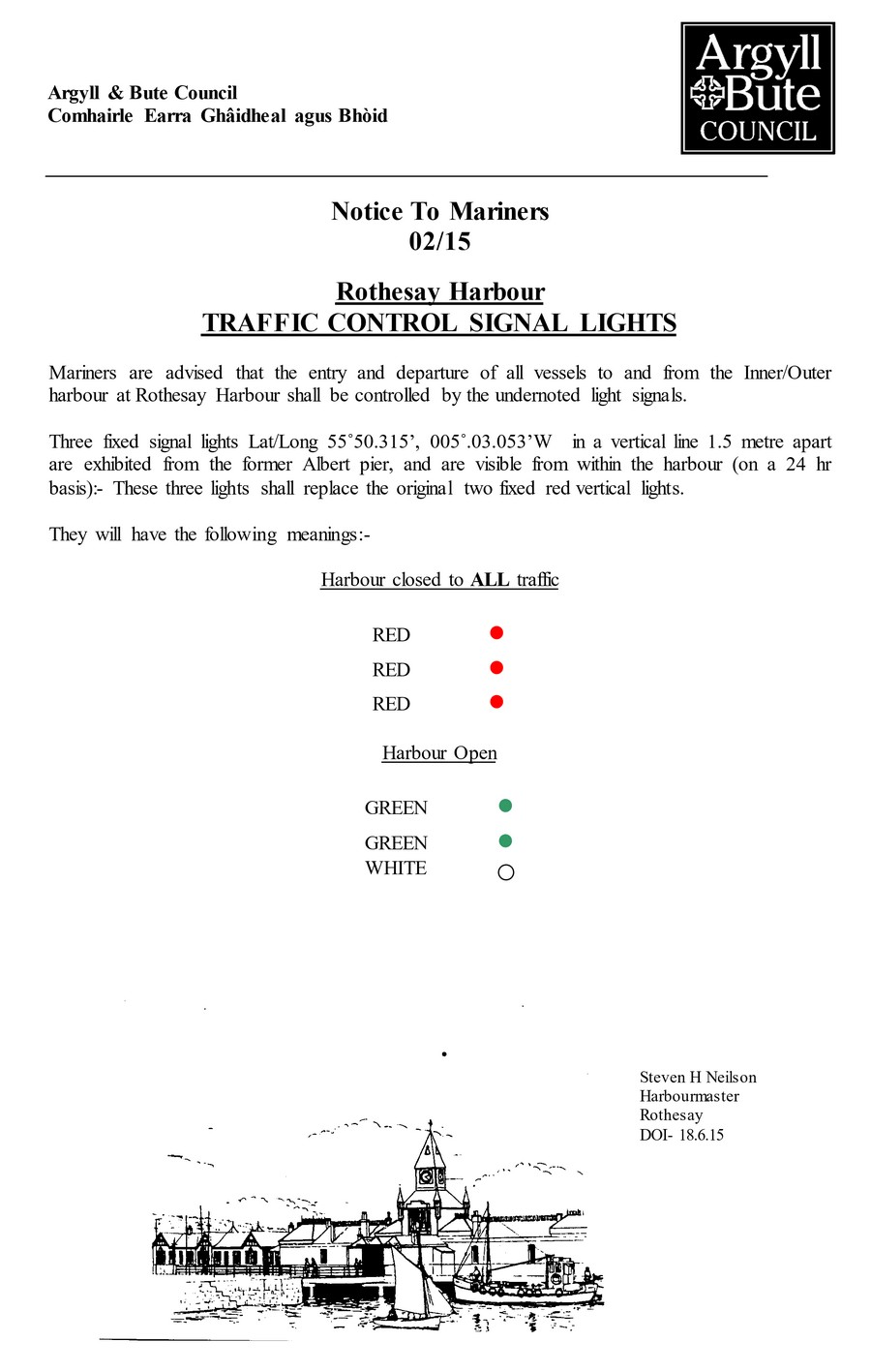